Advisory board and Investment team

The Investment Manager* (a wholly owned subsidiary of the same group as Walsh & Company Group) has established an Advisory Board to provide it with expert advice, on a non-binding basis, in relation to:

The Investment Manager* also has access to staff of Walsh & Company and Cordish Private Ventures (CPV) for the provision of various investment management services. 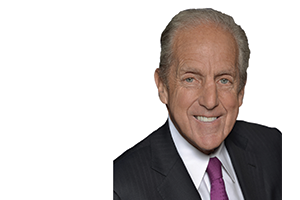 David Cordish
David Cordish is Chairman of The Cordish Companies. David’s career has included service in law, government, and commercial businesses. He served in both the Carter and Reagan Administrations as head of the Urban Development Action Grant Program.

He is Chairman of one of the largest and oldest privately-held development companies in the United States. The Cordish Companies is headquartered in Baltimore, and was originally started by his grandfather in the early 1900’s. David’s father was an active participant for over 70 years, and David’s three sons, Jon, Blake, and Reed Cordish, the fourth generation, are presently executives at the Company. Cordish has six distinct thriving divisions: (1) Real estate development; (2) Live! districts; (3) Gaming and hospitality; (4) Sports anchored developments; (5) Entertainment management; and (6) International urban planning and development. The Cordish Companies is widely recognized as one of the leaders nationally in the field of entertainment development and its own operation of entertainment venues, restaurants, live performance, and gaming. The Company owns and manages over 60 million square feet of commercial, hotel, and residential development.

The Cordish Companies is the only development company to receive seven Urban Land Institute Awards for Excellence. The Company has partnered with two dozen City, State, County, and Indian Nations to co-develop projects and is unique in its depth of experience in public/private development. The Company also has partnerships with a large number of major league sports franchises across the U.S. In addition, the Company has received the Most Inclusive Corporation of the Year Award for Minority Business, and the Bridging the Gap Award for Key Partnership and Strategic Alliance.

David has served on numerous national, state, and local boards, including professional, civic, and charitable. He has acted as a pro bono consultant to Johns Hopkins University, Loyola College, Stevenson University, and other non-profit entities. David was the recipient of the Johns Hopkins Real Estate Program’s Leadership Award, the David M. Sampson Award by the Greater Baltimore Urban League, the Baltimore WaveMaker Lifetime Achievement Award by the Urban Land Institute, and the Daily Record’s Most Admired CEO Award. David is the recipient of numerous other regional and national honours and awards.

David has a B.A. and a Masters in Liberal Arts from Johns Hopkins University. He has an LLB degree from the University of Maryland Law School and was on the Board of Editors of the Law Review.

David is a member of the Advisory Board for Fund III. 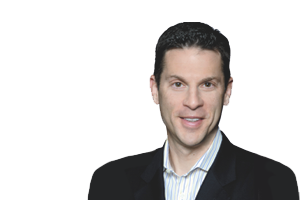 Since 2001, Jonathan has managed the finances and investments of the Cordish family and The Cordish Companies of Baltimore, Maryland, USA, and is a Partner at The Cordish Companies, the operating business of the Cordish family. Jonathan currently serves as President of Cordish Private Ventures, LLC, which he has built into a comprehensive private equity investment company that has successfully invested in a variety of private equity and venture capital funds, as well as made direct equity investments in high-growth companies.

Jonathan had significant experience in private equity and venture capital finance prior to his tenure at Cordish. From 1999 to 2001, he served as a Vice President and Partner at Riggs Capital Partners, a private equity firm based in Washington, D.C. that deployed over $130 million across more than 30 private equity and venture capital funds, as well as direct equity investments to privately held companies. Jonathan has also served on the advisory board of Spring Capital Partners, LP, a mezzanine capital fund based in Baltimore, Maryland. Prior to Riggs Capital Partners, Jonathan received a Masters in Business Administration from the Wharton School, where he graduated with Distinction with a concentration in Private Equity Finance.

Jonathan also serves as Chairman of Cordish Media Inc., a company he founded in Los Angeles in 1994, and served as the CEO from 1994 to 1997. Cordish Media remains one of the longest operating and consistently profitable independent film distribution companies in the US. Focusing primarily on documentaries, the company has distributed multiple Academy Award nominated films, including the 1998 Academy Award winner for Best Documentary, “The Long Way Home”.

Jonathan is Chairman of the Advisory Board for Funds I, II & III. Margaret was previously an Equity Analyst at Telsey Advisory Group, focusing on specialty stores. Margaret also worked at Basel Asset Management, where she served as a Hedge Fund Research Analyst, and was also responsible for evaluating and reporting on the firm’s investment strategy and operations. Margaret has also previously worked at HSBC Private Bank in the Alternative Advisory Group, where she was on the research committee responsible for fund ratings and credit approval.

Margaret has a Bachelor of Arts from the University of Pennsylvania and a Masters of Business Administration from Columbia Business School, Columbia University.

Margaret is a member of the Advisory Board for Fund I and II. John was previously an economist with the Reserve Bank of Australia and then worked in various treasury and risk management positions before moving to PWC as the partner responsible for financial risk management.

John was previously Head of National Australia Bank Advisory and Joint Head of Credit Markets and Head of Structured Finance at RBS/ABN AMRO. In his seven years at ABN AMRO, John had close involvement with a number of significant infrastructure, utility, resource and property M&A and financing transactions.

John has a Bachelor of Economics with Honours from the University of Sydney.

John is a member of the Advisory Board for Fund III. 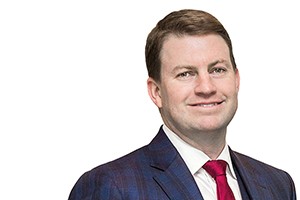 Alan Dixon
Alan Dixon has been providing financial advisory services to corporations, institutions and individuals for more than 15 years. Until December 2000, Alan worked for various investment banks, including ABN AMRO, where he was an Associate Director in Mergers and Acquisitions and Equity Capital Markets, and Ord Minnett Corporate Finance. Since January 2001, he has operated as Managing Director of the Dixon Advisory Group, before becoming Managing Director & Chief Executive Officer of Dixon Advisory USA, Inc in 2012.

Alan currently serves as a director of Australian Masters Yield Funds 1-3 and a director of the investment manager for the US Masters Residential Property Fund.

Alan has a Bachelor of Commerce from the Australian National University and is a Member of the Institute of Chartered Accountants in Australia. He is also a SPAA Accredited SMSF Specialist Advisor™.

Alan is a member of the Advisory Board for Fund I, II and III. Alex has a Bachelor of Arts from Cornell University and a Master of Business Administration from The Wharton School, University of Pennsylvania.

Jonathan Sinex
Jonathan Sinex is currently a Principal at Cordish Private Ventures (CPV) where he is responsible for managing all private equity opportunities in his role with the Investment Manager for the US Select Private Opportunities Funds and related entities.

Since joining CPV in 2012, Jonathan has sourced, evaluated and closed 22 private fund commitments as well as 13 direct equity investments in private operating businesses (as of January 2016). Prior to joining CPV, Jonathan was a private equity investor at Goldman Sachs and Devonwood Investors and during business school served as the interim chief financial officer at a private equity backed consumer products company. Jonathan began his career in 2004 as an investment banker at Bear Stearns providing M&A, capital raising and advisory services to public and private companies.

Jonathan received his Bachelor of Arts in Economics from Middlebury College and a Masters of Business Administration (with highest honours) from the University of Virginia’s Darden School of Business.

Jonathan is a member of the Investment Team for Funds I, II and III.

The Responsible Entity is accountable for the overall management of the Fund Series including the determination of its strategic direction, with the aim of increasing Unitholder wealth through the performance of each of the Funds in the Series.

Walsh & Company Investments is the Responsible Entity of each of the Funds in the series and is a wholly owned subsidiary of the Walsh & Company Group. Among Tristan’s previous roles were Financial Controller of Tullett Prebon in Australia, one of the world’s leading inter-dealer broker firms, specialising in over-the-counter interest rate, foreign exchange, energy and credit derivatives. He subsequently held senior finance roles for the Tullett Prebon Fund in Singapore and London and returned to Australia to be responsible for the financial management and growth of Dixon Advisory.

Tristan has a Bachelor of Commerce from the Australian National University, is a member of CPA Australia and is a Fellow of the Financial Services Institute of Australasia.

Warwick is Head of Finance at Walsh & Company. Before joining Walsh & Company, Warwick worked in chartered accounting firms specialising in turnaround and restructuring. Warwick started his career with KPMG, working in their Canberra, Sydney and London offices – and has undertaken a range of complex restructuring and insolvency engagements across Europe, UK and Australia, for a range of Australian, UK, European and USA banks.

Warwick has worked with companies and lenders to develop and implement strategic business options, provide advice in relation to continuous disclosure requirements, develop cash forecasting training for national firms, and lectured on cash management. Among his former roles, Warwick worked on the initial stages of the HIH insolvency – as part of the key management group tasked with the wind-down of the global estate.

Warwick has a Bachelor of Economics and Bachelor of Commerce from Australian National University and is a Chartered Accountant.

*Walsh & Company Asset Management is the Investment Manager of Fund I.